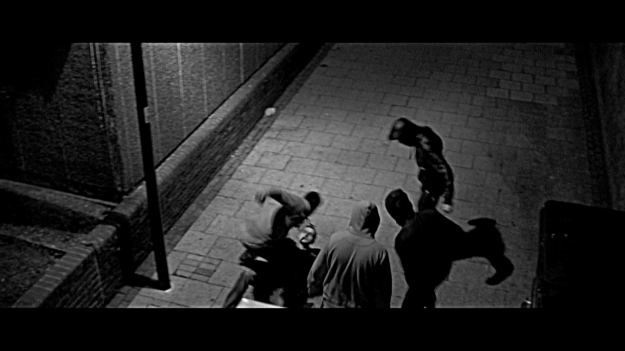 In November 2010 I worked on the short film Crossed Paths as a Make Up Artist and Art Director. The film was made by young people and was funded by Crawley Borough Council as part of an anti-extremism project. The story focuses on two young men, Aaron and Yusuf, whose combined fates are set in motion by an act of violence when Yusuf attacks Aaron in the street with a knife, landing himself in prison and Aaron in the hospital.

The action picks up some time later, when Yusef is released from prison. Aaron, meanwhile, is struggling to get back on his feet after the attack, which has left him permanently scarred. After a failed job interview he meets a member of the New English Movement, who blame the town’s multiculturalism for the lack of opportunities for young men like Aaron. Angry and disillusioned, Aaron gets swept up in the group’s dangerous ideology. 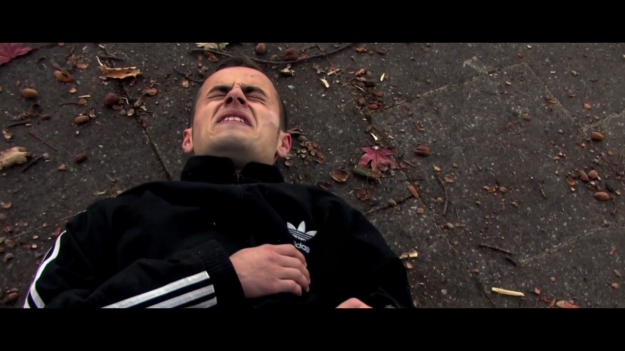 I created Aaron’s scar using On Skin Silicone and applied it with a Principality Dispensing Gun. The silicone comes in a range of skin tones which need to be powdered after they are dry in order to reduce the shine and blend into the surrounding skin.

As we filmed over several days, it was important to recreate the scar as accurately as possible on a daily basis, sometimes twice a day if it was knocked or peeling. I always take as many photos as possible so that I can keep a record of the look and to maintain continuity.

Yusuf goes through a lot of changes in prison and tries to overcome his violent past by becoming absorbed in his Islamic faith. However, this change is not necessarily for the better as it soon becomes clear that Yusuf has developed some extremist views and has been under the influence of some dangerous people. Yusuf takes to his renewed faith with a dangerous fervour and begins to recruit other community members to his cause.

Rishi, the actor playing Yusuf, was not permitted by his work to grow a beard for the role and so I had to apply a fake beard for him twice a day on location. This was my first time using beards and our schedule and budget didn’t allow for any practise time. I had to apply the beard for the first time on our first day of shooting with very little time to spare. It was a challenge, but I was pleased with the results.

I used a fake beard that was attached to a fine mesh net. The beard had to be glued on using spirit gum and then trimmed. 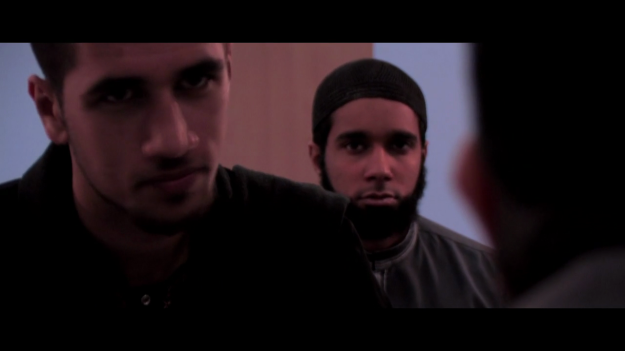 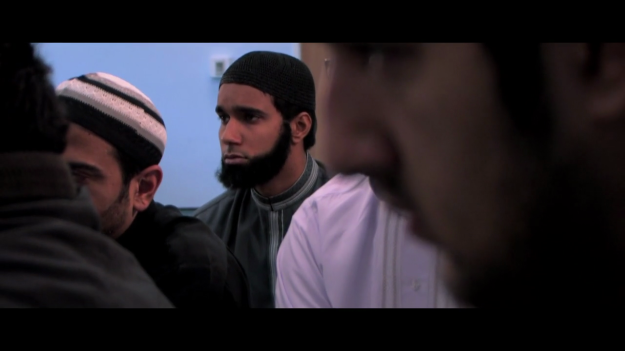 The action builds to a clash between various sectors of society as the New English Movement organises a march through a Muslim neighbourhood. A group of students stage a demonstration to show their opposition to the march and Yusuf organises a group to fight back against the N.E.M. As events spiral out of control, Yusuf and Aaron cross paths once again, with tragic results. 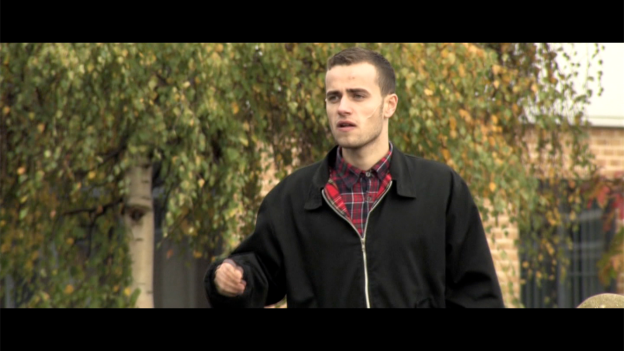 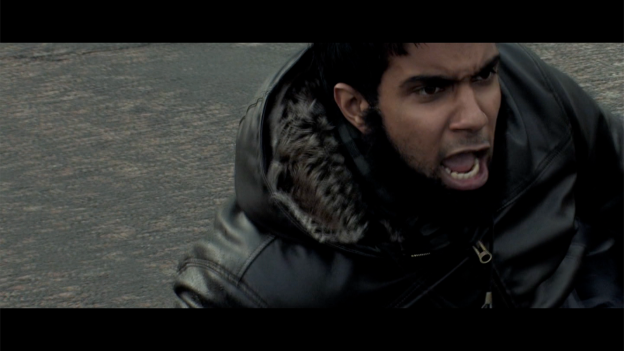 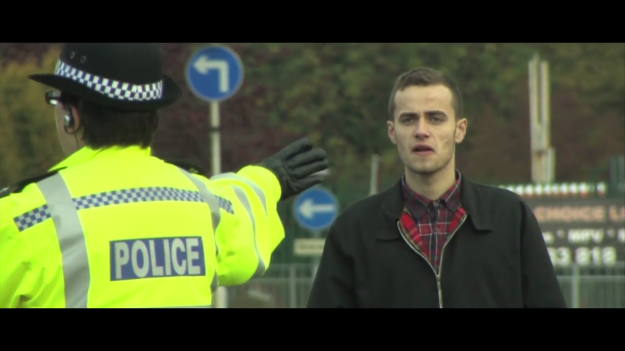 I’ll talk about my role as an Art Director on the production in my next post.

If you would like to take part in a special effects makeup workshop or make a short film with your group then head over to my website or get in touch to find out more about my services as a Community Filmmaker.