What follows is a summary of some of the research I conducted for the documentary Exiled. I am posting it in order to serve as context to the film and to subsequent posts regarding its making.

Diego Garcia is the largest island of the Chagos Archipelago. The islands became British territory in 1815 at the end of the Napoleonic War. Coconuts and coconut oil (copra) were the main industry with most of the islanders involved in working for the coconut plantation.

The plantation provided housing for the workers but also gave them permission to build their own houses, which most preferred. There was no monetary system on the island, islanders traded and shared everything. The workers were paid a small wage, which was saved for them until it was enough for a trip to Mauritius. The only thing the islanders really needed money for was clothes, which they would go to Mauritius to buy.

Diego Garcia became the intended site for a planned US Military Base sometime in the late 50s. During the Cold War, the US was looking for a territory in the Indian Ocean from which to monitor the Soviet Union.

As a result, Mauritius was offered independence on the condition that the country laid no claim to the Chagos Islands. Mauritian Prime Minister Seewoosar Ramgoolam was persuaded to sell the Chagos to Britain for the price of £3 million. Ramgoolam also received a knighthood in the 1965 New Year’s Honors list and it is speculated that this may have been a form of reward for the sale.

The Americans had originally wanted to build a base on the Aldabra Atoll, which had no human inhabitants. However, it was found to be home to the rare Aldabra tortoise. The wildlife lobby ensured that the US plans for Aldabra were dropped.

The island of Diego Garcia is horseshoe-shaped, making it a natural harbour capable of containing a large US Naval fleet. To the cabinet of Howard Wilson, Diego Garcia seemed a natural second choice for the US Government, who wished the island to be unpopulated for security reasons.

It is implied that American ‘bought’ the island and not the people, and that part of the agreement was that it was Britain’s responsibility to remove the islanders.

The deal was struck and the inhabitants were removed under a lie by the Foreign Office that they were merely migrant workers – “some few Tarzans and Man Fridays that are hopefully being wished on Mauritius.”

Britain proceeded to “maintain the fiction that the inhabitants of the Chagos are not a permanent or semi-permanent population” and began covertly removing the population of the Chagos whilst avoiding the attention of the media. This secrecy continued throughout the following decades with actions such as the UK deliberately under-counting the number of Chagossian residents to play down the scale of the depopulation.

The depopulation process was an underhanded one.

With no one to meet them at the docks islanders were left to wander through the streets of Port Louis looking for family and assistance. The majority of islanders were allowed to take very little on them so most family photos and items of sentimental value are lost forever.

The initial compensation made available to the islanders for their relocation was minimal and was not made available to them until 1978 by which time inflation had rendered it almost worthless. Each islander received approximately £20 each. The islanders struggled to survive an endured a parade of court cases, protests and political debate in order to gain financial assistance. It is not until 1983 that the islanders receive any substantial payment and the 1983 payment only constitutes half of what the UK government had been advised was necessary. The islanders were offered the money on the condition that they signed a contract stating that they would make no further compensation claims and that they would renounce all rights to return to the Chagos Islands. Most of those who signed the contracts did so out of desperation and many who signed could not read and had no idea of what they were agreeing to. To date the US government has taken no financial responsibility for the removal of the islanders.

The islanders were treated as second-class citizens and lived in abject poverty in Port Louis’ slums. They had no electricity or running water. Many of the slum houses lacked doors and windows. The community suffered from problems of crime, drugs and prostitution, which they had not encountered on Diego Garcia. By mid-1975 at least 1 in 40 had died of starvation and disease. Suicides and child deaths were common.

The islanders had trouble adjusting to modern life in contrast to their simpler lifestyle on the island. They had no money and had to adjust to living in a society based on economy. This also meant that workers were often exploited, as they had no understanding of the value of the money they were being paid.

The Diego Garcians and Chagossians held regular protests to gain justice in Mauritius. Elderly women performed hunger strikes and were beaten by police. A series of legal battles ensued.

Finally, in 2002 the UK Parliament enacted legislation giving all Chagossians the right to obtain full British citizenship. For years the Diego Garcians were restricted as British Indian Ocean Territory citizens, British citizens with no rights to live in the UK. 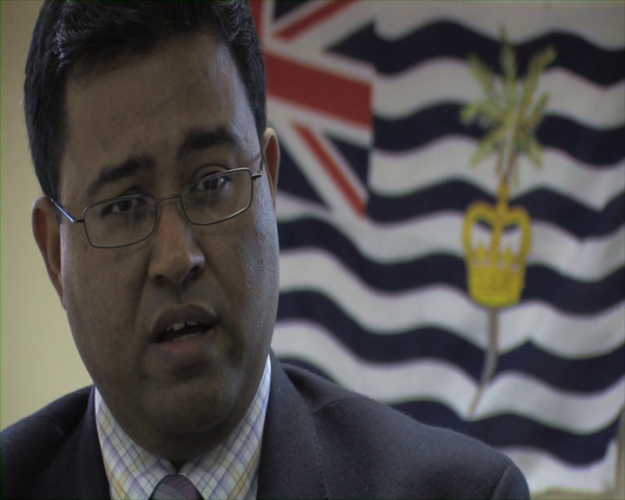 On the 16th September 2002, Allen Vincatassin arrives in the UK at Gatwick Airport with a group of 18 other Diego Garcians. Allen declares at customs that he is a destitute British citizen in need of assistance. The local council accommodated the islanders in the Airport Travelodge under the National Assistance Act of 1948. They spent 3 days and nights waiting at the hotel for a decision on their circumstances. They were then moved to a Premier Inn in Crawley. They spent a total of 5 months living in hotels as they started to build their new lives.

A second group of islanders arrived in March 2003. In April 2003 the press reported that Allen was urging Diego Garcians in Mauritius to come to the UK. “My vision for the community is that we come here – the first thing to do is to work to get finances, to be removed from poverty – and then to go back to Diego Garcia.”

In 2004 two more groups (approx 70 people) arrived in October sparking headlines. There was a negative perception of asylum seekers that was incorrectly applied to the islanders when they first arrived. The local media slowly explained the situation and the people gained a greater understanding.

At the time of making the documentary, approximately 2000 Diego Garcians were living in Crawley. Many were working and their children were in education. Members of the community were taking positive steps to rebuild their lives but some were struggling with language barriers and cultural differences. Some had been met with hostility from Crawley residents. 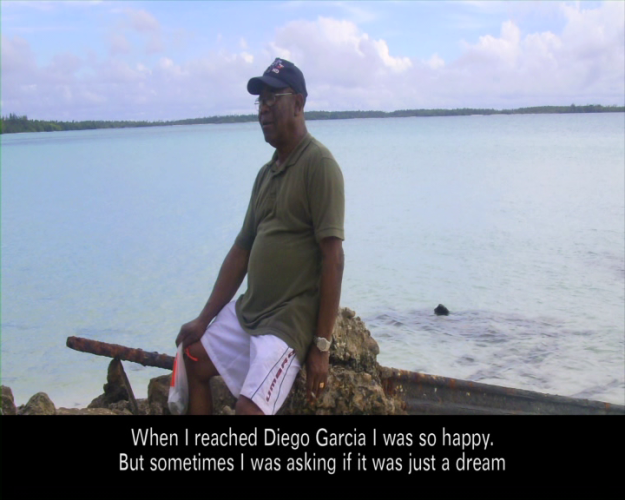 With help from local MP Laura Moffatt, the Diego Garcians managed to broker a deal to allow small groups to visit the island under constant escort from the American Military. The Diego Garcians continue to campaign for their right to return home to their island.

The film was made as part of The Road To Crawley Project, a Heritage Lottery project designed to collate a social history of Crawley residents.

Evan Wilkinson is a Community Filmmaker based in Brighton. As well as producing videos and community film projects, Evan teaches workshops in filmmaking, script development and animation. For more information please visit: http://evanwilkinson.co.uk